Life as a Full Stack Developer at Big Viking Games

Big Viking Games is looking for a talented Full Stack Mobile Developer with a passion for gaming to join our Toronto studio. To get a better idea of what life is like for a Full Stack Developer at Big Viking Games, we asked Tom to tell us a bit about what inspired him to become a Viking and what keeps him motivated. 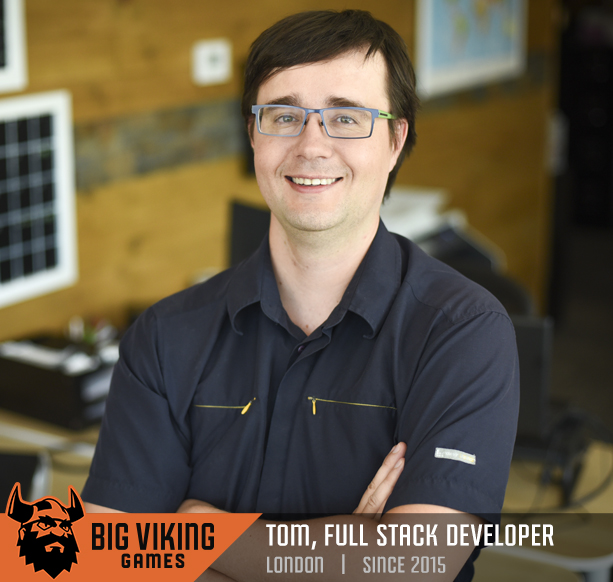 What advice would you give to other developers who are wondering how to work in the gaming industry?

First off: never stop learning! Go to school and get a good base in computers and programming. But don’t limit your studies to your classes. Read up on games and the gaming industry, try games you normally wouldn’t play—from the complex to the simple—and develop a critical eye for what makes each one a good or bad game.

Next, try your hand by making some simple games by following some tutorials, and then share all your work in an online portfolio on github (or a similar service). Finally, and this might seem counter-intuitive, but: embrace the mistakes you make! When you make an online profile of your work, share ALL of it—even the stuff that didn’t work out!

What made you decide to apply for a job at Big Viking Games?

END_OF_DOCUMENT_TOKEN_TO_BE_REPLACED

What’s it Like to Work as a Customer Support Specialist? 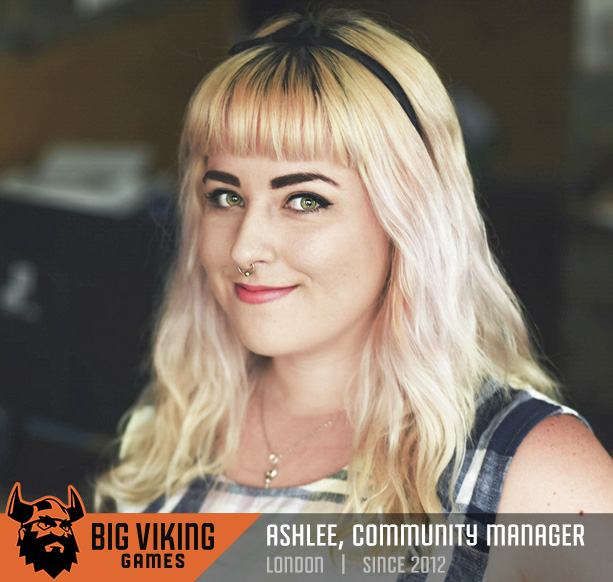 What are the most challenging and rewarding aspects of being a Customer Support Specialist?

The part of this role that is both the most challenging and rewarding is seeing how much people care about the game. As a Customer Support Specialist, you’re on the front lines. When something goes wrong, you’re the one who receives the brunt of the frustration players might be feeling.

However, you’re also the first one to hear about it when something goes right. I’ve had the opportunity to make deep and meaningful connections with fans. They’ve sent me pictures of their newborn grandchildren, updates on events in their lives, and have even made me fan art. When I see all of that, it reminds me that we’re more than just a company in our fans’ eyes. We’re having an amazing impact on people, and I’m proud to be a part of that!

What made you decide to apply to Big Viking Games?

I saw the application online, and Big Viking Games just seemed like a dream place to work. As I read the job description, I got to the list of perks, and I recall actually wondering if it was real or not. Anyway, I took a leap of faith and put in my application, and the rest is history. END_OF_DOCUMENT_TOKEN_TO_BE_REPLACED

By skim | GalatronVS | No Comments

Please note: GalatronVS is currently in Alpha. This means that we are still making some big changes to the game in the coming weeks to improve the core game experience, and none of our balance or abilities are final and are subject to change. While we make these changes, we are committed to doing our best to handle any update as gracefully as possible for all of our current players.

Pilots! We’ve released another huge push, with some major changes to GalatronVS. Here is an overview of updates:

Kik players can now purchase 100 gems for 100 KPs through our bot! This will allow you to buy upgrades for your ship in our store. Check it out! You can use these gems to purchase vaults, buy cards, or instantly unlock win vaults.

We implemented a Vault system, which is our way of rewarding players with coins, cards, and premium gems. Here are the vaults in this build:

There are currently 3 bullet pattern cards and 5 passive cards collectible in the game. We’ll definitely be adding more abilities and improving the current ones moving forward, but this is just our first step at giving players the ability to power up their ships. Every ship can have 1 bullet pattern equipped, and 4 passive abilities equipped. In the future, we will also be releasing active ability cards.

We’ve removed the Gunzerker power up from the game. We did this because, moving forward, guns and bullets can be levelled up in the Upgrade tab.

We also made a change to the Shield power up. It used to be duration based, but now gives you one additional hit. We made this change for two reasons:

We’re now working on getting active abilities into the game, as well as new maps, enemies, bosses and mini bosses. We’d love your feedback on other features you’d like to see in the game. Let us know!

Don’t forget to like us on Facebook to stay in touch with game updates: https://www.facebook.com/galatronvs. You can also send emails to [email protected] at any time if you have any questions, comments, or feedback. You can also directly Kik username bvg_vox if there’s anything in the game you’d like to talk about.